Veneto was part of the Roman Empire until the 5th century AD. Later, after a feudal period, it was part of the Republic of Venice until 1797. For centuries, Venice ruled over one of the largest and richest maritime republics and trading empires in the world. After the Napoleonic Wars and the Congress of Vienna, the Republic was annexed by the Austrian Empire until it merged with the Kingdom of Italy in 1866 as a result of the Third Italian War of Independence. In addition to Italian, most inhabitants speak Venetian, which is divided into five varieties.

The Veneto region, located in the north-east of Italy, is a highly sought-after destination due to its main tourist attraction: Venice. A golf holiday in the region is very easy, as there are international airports in Verona and Venice. Almost all golfers combine a visit to Venice with a round of golf. Golfing in Veneto is amazing because courses are built in a great scenic setting overlooking, for example, the Dolomites, Lake Garda and the Adriatic Sea.

Veneto boasts many exciting, challenging courses, rich in tradition, all of which respect the peculiarities of golf. There are 28 golf clubs in the region, most of which offer a relaxed atmosphere. Special courses: Golf della Montecchia and Golf Club Ca’Amata. In addition, there is a variety of beautiful golf resorts in the area. In Veneto you can play golf all year round. From May to October conditions are excellent. 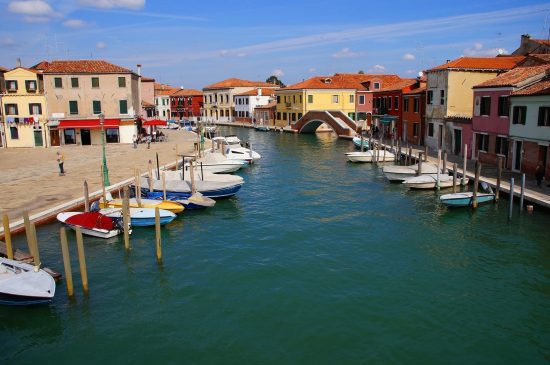 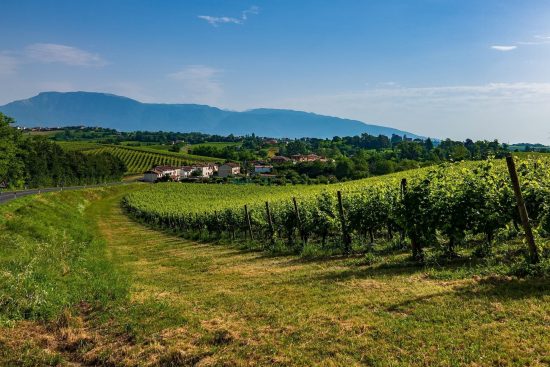 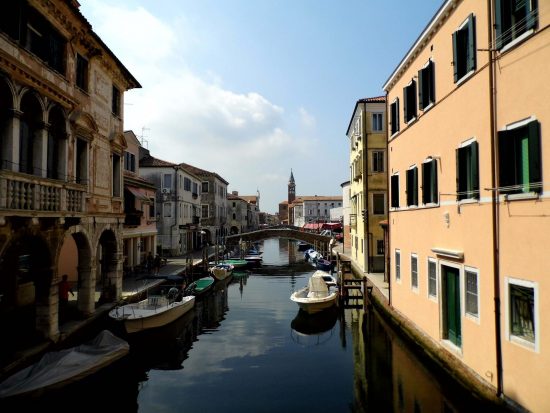 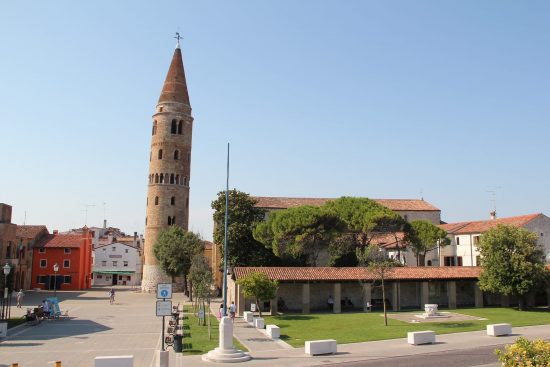 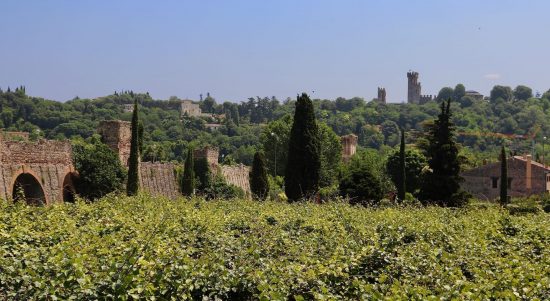 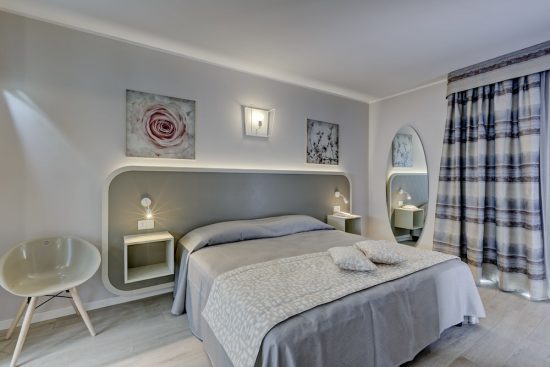 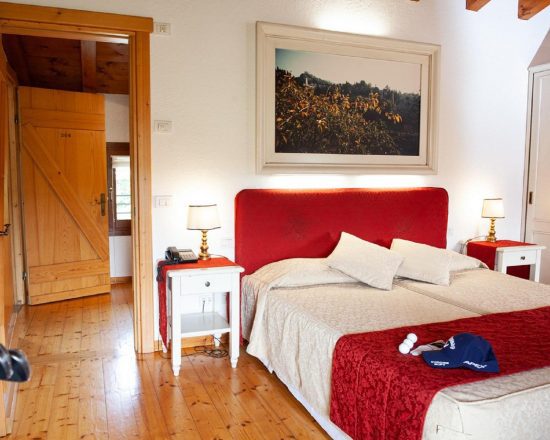 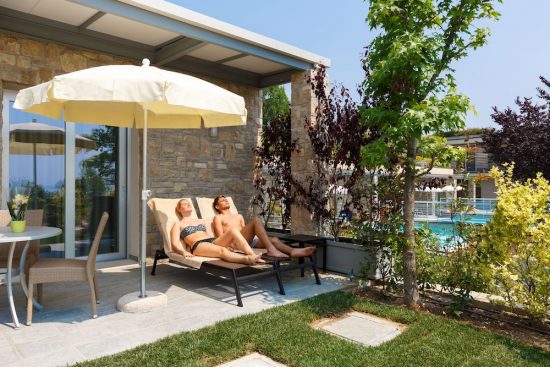 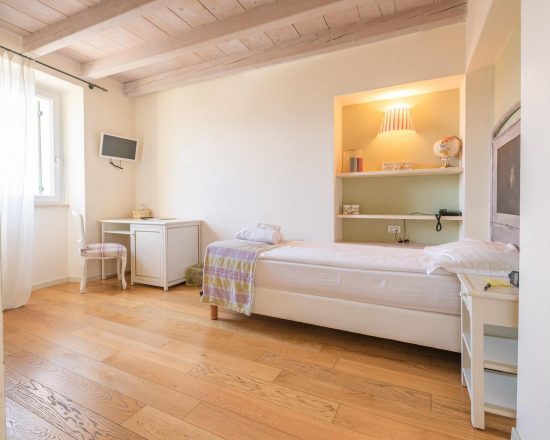 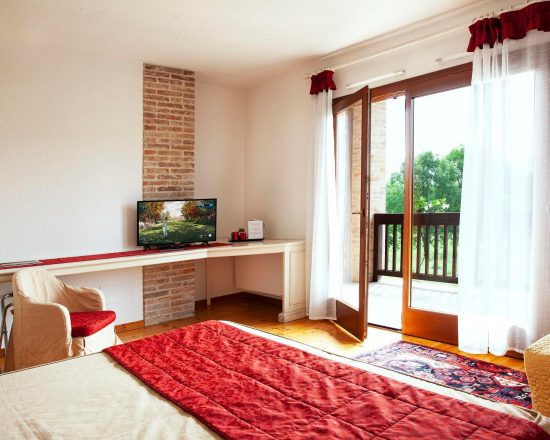 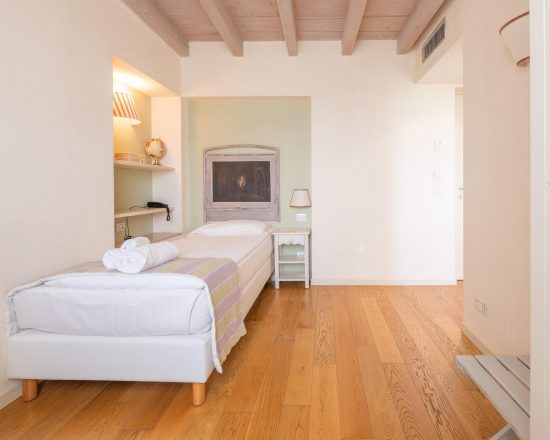 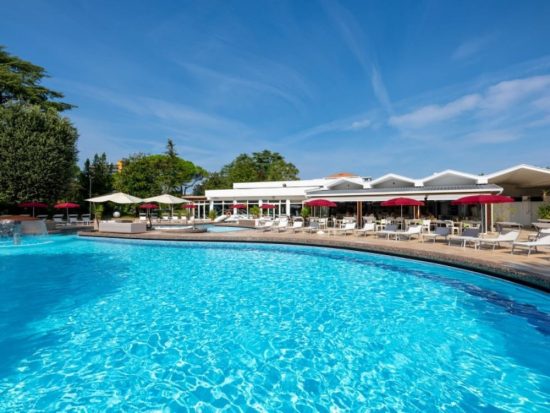 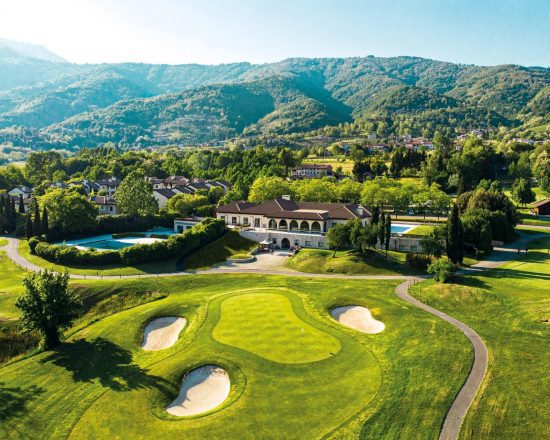 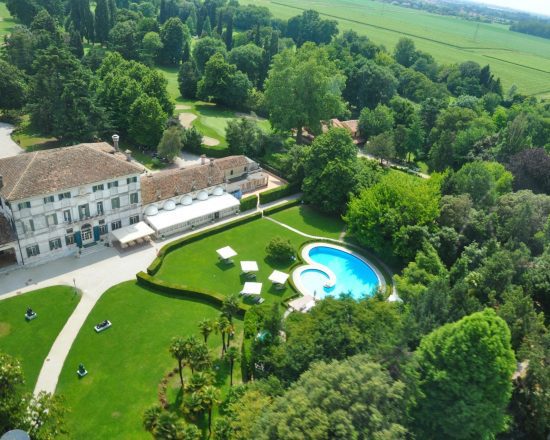 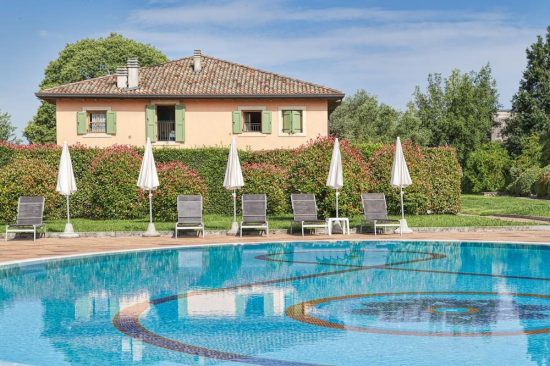 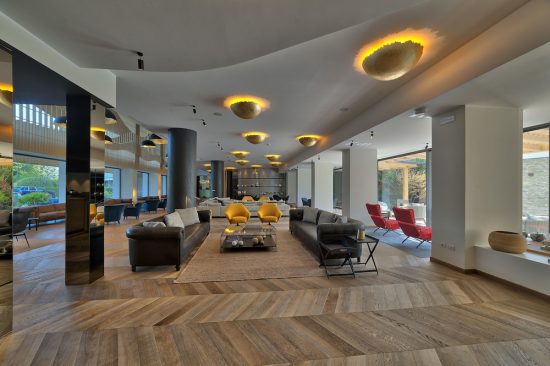 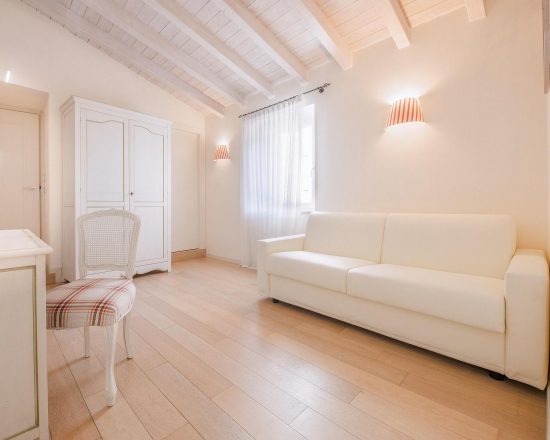 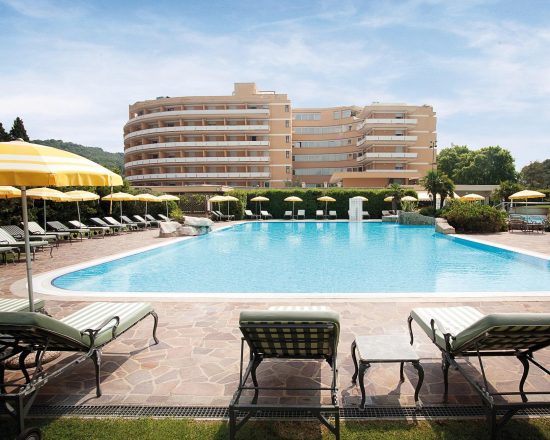 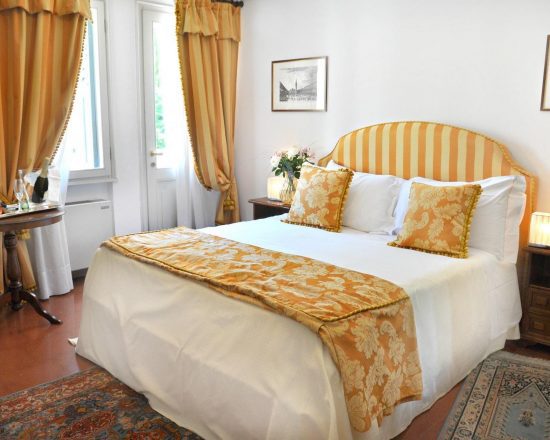 Hotel recommendations for your golf holidays in Veneto 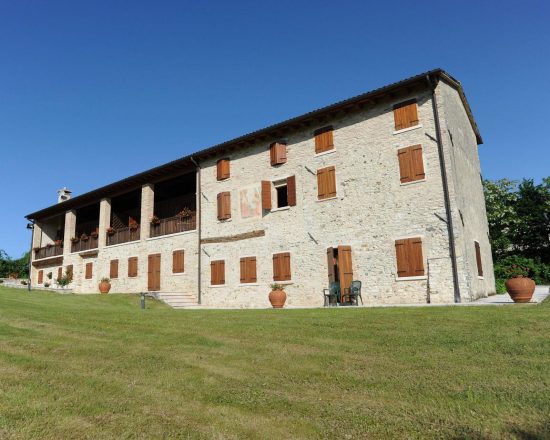 A stay on the 27-hole championship golf course Asolo: what a nice experience! The contemporary-style nine rooms and the two Junior-Suites are equipped with air conditioning, satellite TVs, high-speed internet access. They boast a magnificent view on the course and the picturesque, surrounding hills. The Benetton Family, who...
For example: 3 nights, 1 green fee per player per person from 186.– € 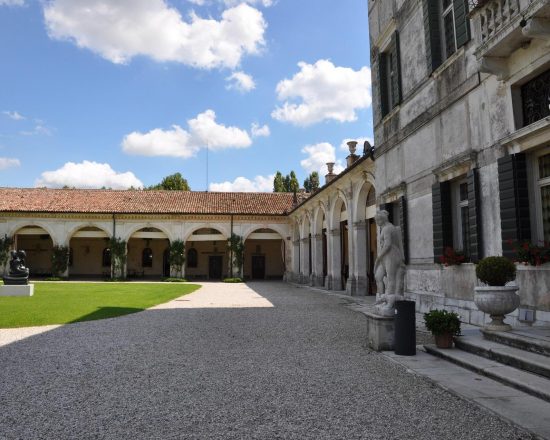 The five-star hotel Villa Condumer is second to none: nestled in a beautiful, huge park with a swimming pool, this charming historical palace. It is located in a strategic position, only 20 minutes from Venice, is the ideal hideaway for relaxation. The stylish, classic-style rooms are equipped with all amenities, flat scree...
For example: 3 nights, 1 green fee per player per person from 280.– € 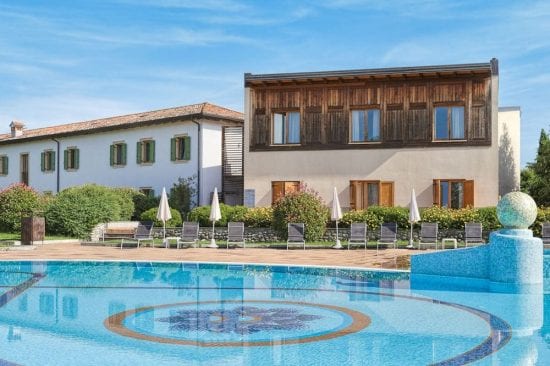 Nomen est omen. In this case it’s true: the name says it all. This modern hotel is indeed a real paradise on Earth, not only for golfers but also for those who are looking for relaxation, leisure activities and sport facilities. This huge resort is just half an hour drive away from the charming town of Verona and lies dir...
For example: 3 nights, 1 green fee per player per person from 340.– € 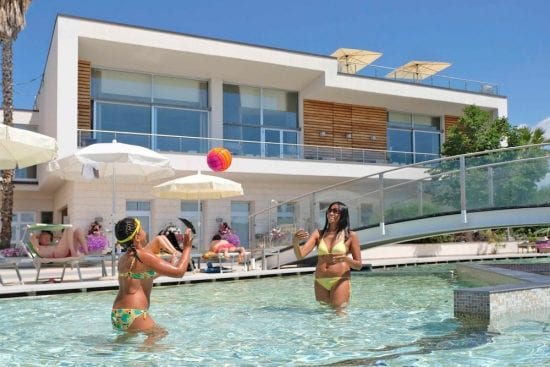 The Parc Hotel Germano Suites & Apartments is situated on a wide surface, on the quiet Eastern shore of Lake Garda, within walking distance from the picturesque village of Bardolino. The whole philosophy is aimed at adapting the buildings to the natural undulating terrain to integrate them with the surrounding environm...
For example: 3 nights, 1 green fee per player per person from 370.– € 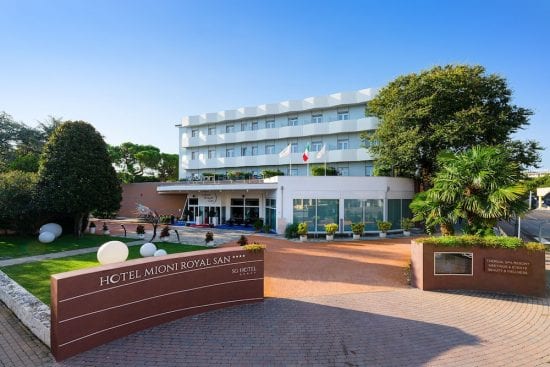 A stay at Hotel Mioni Royal San places you in the heart of Montegrotto Terme, a 1-minute drive from Colli Euganei Regional Park and 6 minutes from Amleto and Donato Sartori International Mask Museum. This 4-star hotel is 9 mi (14.5 km) from Scrovegni Chapel and 9.3 mi (14.9 km) from Basilica of Saint Anthony of Padua. Pamp...
For example: 3 nights, 1 green fee per player per person from 335.– € 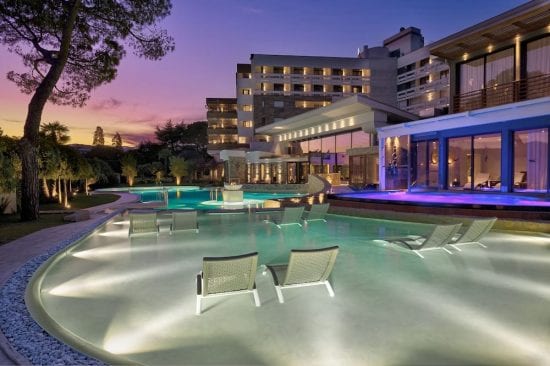 Spacious and bright ambience, chic and informal setting enhanced by design elements invites you to an experience of pure relaxation. The exclusive Vital rooms and suites belong to the recent restyling works at the Tergesteo – Luxury Retreat in Montegrotto Terme. The pièce de résistance are without a doubt the Vital ...
For example: 5 nights, 2 green fees per player per person from 1,717.– € 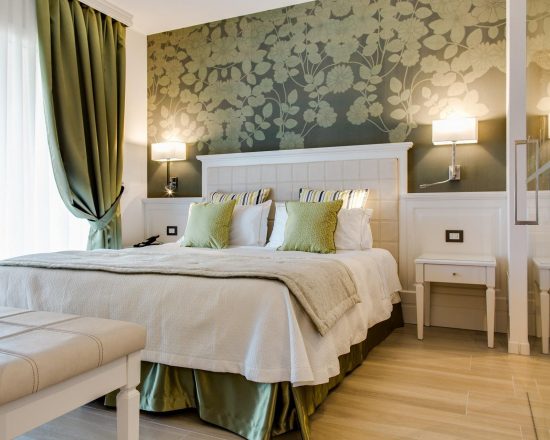 Nestled in the hills of Garda village, on the picturesque Eastern shore of Lake Garda, the panoramic Hotel Madrigale boasts an ideal location, right beside the 27-hole golf course Ca’ degli Ulivi. The beautiful park with its many terraces, two swimming pools and an excellent restaurant are guaranteed to fulfill your need ...
For example: 3 nights, 1 green fee per player per person from 471.– € 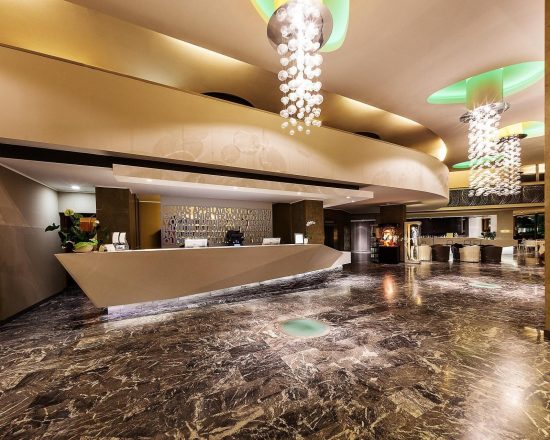 Its 97 bedrooms are decorated with silver tones, ivory-colored walls, glass and black marble floors. This innovative style is present everywhere: in the wellness center, in the Majestic Lounge bar with a view of the spa and the surrounding hills, in the conference rooms and in the restaurant Atmosphere. The chef prepares a ...
For example: 3 nights, 1 green fee per player per person from 224.– € 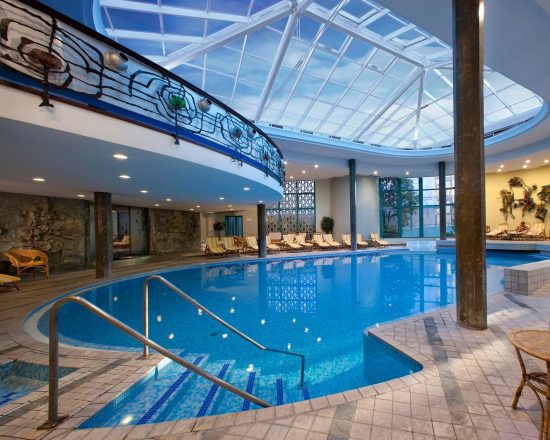 The thermal village of Abano Terme is one of the most popular tourist destinations throughout Italy and local hospitality industry boasts a long-established tradition. The five-star hotel Terme Bristol Buja is one of the most exclusive hotels in the village and offers a wide range of services and activities. Some classic-st...
For example: 3 nights, 1 green fee per player per person from 418.– €

Villa Moron is located on the outskirts of Verona and in the popular wine region of Valpolicella. The small boutique hotel is run with love and warmth by Signora Annalisa and her obliging team. The hotel has 15 rooms and 1 suite for max. 4 persons. The air-conditioned rooms are equipped with a flat-screen TV, a safe and a d...
For example: 3 nights, 1 green fee per player per person from 277.– € 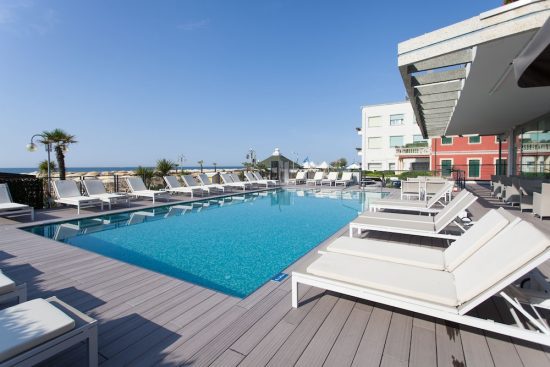 With a stay at Hotel Adlon in Jesolo, you’ll be next to a golf course, just a 4-minute walk from Piazza Marconi and 6 minutes by foot from Piazza Drago. This 4-star hotel is 2.7 mi (4.4 km) from Caribe Bay Jesolo and 1 mi (1.6 km) from Piazza Brescia. Head down to the water and enjoy a day at the private beach, or tak...
For example: 3 nights, 1 green fee per player per person from 273.– € 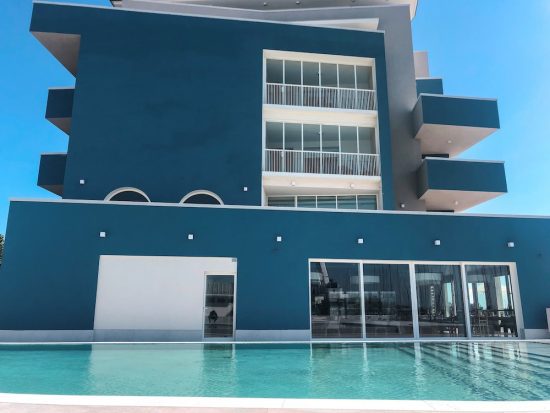 When you stay at Mosella Suite Hotel in Chioggia, you’ll be near the beach, within a 10-minute walk of Beach of Sottomarina and Spiaggia di Caroman. This property is 0.4 mi (0.7 km) from Diga di Sottomarina and 0.9 mi (1.4 km) from Astoria Village. Don’t miss out on recreational opportunities including an outdo...
For example: 7 nights, 3 green fees per player per person from 553.– €

Overview and map of golf courses in Veneto

Our service for your golf holidays in Veneto

Golf & More is specialized in golf holidays and golf vacations in many golf destinations worldwide. We offer you the possibility to find everything you need for your golf trip to Veneto on our website: Golf hotels, flights, rental cars, excursions, tickets, transfers and of course the reservation of the desired green fees on the preferred golf courses. With Golf & More Golf Travel you will find many possibilities to travel to Veneto at the best prices, because we are independent of hotel chains or special airlines. We arrange accommodation in Veneto from various independent hotels and renowned hotel chains. Are you looking for a flight for your golf trip to Veneto? Then you have come to the right place, because we organize golf trips with flights to Veneto  with all renowned airlines. Save time and money with our golf travel packages to Veneto! All travel prices are always shown as final price, including booking fees. During your golf trip to Veneto you can book green fees at your preferred golf courses, airport transfers including golf baggage transport, car rental, travel insurance, activities, excursions and event tickets. We are also happy to take care of the registration of golf baggage with the airline for you – in other words, the entire organisation of your golf trip from one source and with personal service! The payment of your golf trip to Veneto is also easy: After receipt of the invoice you pay only a small amount by bank transfer to our account and the remaining amount only 30 days before the start of your trip – safe, simple and uncomplicated!

Tips for booking your golf holidays in Venetien

Are you looking for the perfect golf holidays in Veneto? Here at Golf & More we assure you that you will find very good offers with us! Whether at home, at work or on the road: Our golf travel search is optimized for smartphones, tablets and computers, so that you can reach your destination as quickly as possible: To find the perfect golf trip to Veneto. You can book your golf trip to Veneto anytime and anywhere online. And if you have any questions, our golf travel experts will be happy to assist you at any time by email and phone in 5 languages!